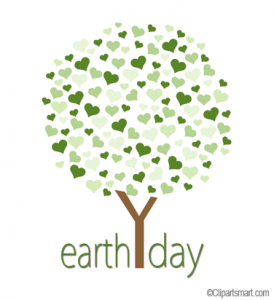 In celebration of Earth Day, Cleveland Cremation would like to share with you some fun facts about Earth Day.  We hope you had some time today to get out (even if it was a bit chilly for April 22) and enjoy the fresh air.

1. The first Earth Day was celebrated on April 22, 1970.
2. Earth Day originated in the US but became recognized worldwide by 1990.
3. On Earth Day 2009, Disney released a documentary film called Earth that followed the migration paths of four animal families.
4. On the very first Earth Day, 20 million people gathered in the streets of America to protest the industrial revolution. An environmental movement was born as a result.
5. Every year on April 22, men, women, and children collect garbage, plant trees, clean up coral reefs, show movies, sign petitions, and plan for a better future for our planet.

6. Gaylord Nelson founded Earth Day while he was working as a US senator.

7. Earth Day was renamed officially by the UN in 2009 as International Mother Earth Day.
8. Some schools and communities celebrate Earth Day for a whole week to expand the time frame that people focus on the earth and how they can preserve it.
9. On Earth Day 2012, more than 100,000 people rode bikes in China to reduce CO2 emissions and save fuel.
10. In an Earth Day celebration in 2011, 28 million trees were planted in Afghanistan by the Earth Day Network.
11. In Panama, 100 endangered species of orchids were planted and maintained to prevent their extinction in honor of Earth Day.

At Cleveland Cremation, we honor and respect Mother Nature.  We offer biodegradable urns in a few varieties.  If you should have any questions about cremation or eco-friendly cremations, please call our office. 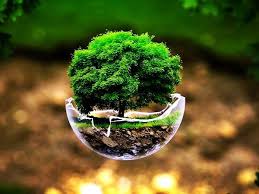 Take the time today to plant a tree!