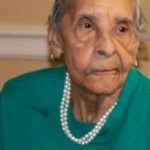 Chris was a member of Union Baptist Church in Blackfork, OH and after moving to Fostoria, frequented several area places of worship. She formerly worked for and retired from Fostoria Hospital and the Fostoria School System. A veteran of the United States Army, Chris served in Okinawa in the medical field and was honorably discharged.

Committal services are to be determined at Fountain Cemetery in Fostoria, OH.